A Festival for Longing 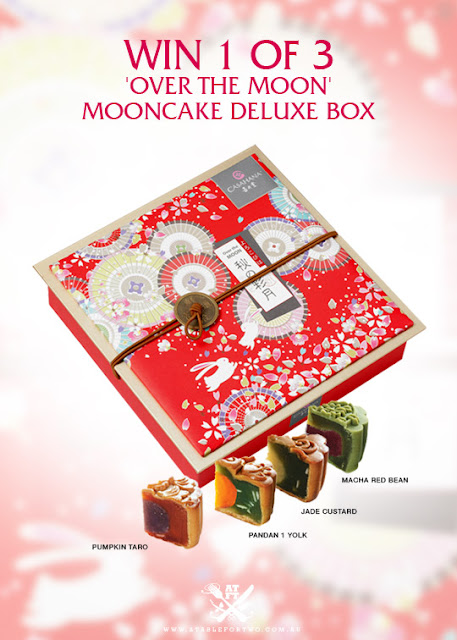 Yesterday was Mid-Autumn Festival, the Chinese celebration of the fall equinox. Because it's one of those holidays related to the seasons and the harvest, it's very old, and potentially quite meaningful. I say potentially, because, in many ways, Mid-Autumn Festival could have all of the blissful simplicity of Thanksgiving, but the traditional holiday killers of modernization and commercialization haven't left Mid-Autumn Festival unscathed.

For starters, like Thanksgiving, Mid-Autumn festival is about reunions: all you really have to do for Mid-Autumn festival is get together with your family for a great meal, perhaps light some lanterns, and recite one of the seemingly hundreds of Chinese poems to the moon. The first problem is that a lot of people don't go home (talked about here), for a variety of reasons, big and small: My girlfriend's sister-in-law missed our meal because she was attending a class on how to dress fashionably. (Presumably for occasions of more import to her than 3000-year-old holidays.) The rest of us watched the Chinese version of Dick Clark's New Year's extravaganza. Which is fine, but for the fact that every Chinese holiday ends up nearly the same way, with a variety show that stultifies most meaningful familial conversation. (Come to think of it, it's just like Thanksgiving.)

Also like Thanksgiving, while there isn't much to commercialize, the commercialization came just the same: in the form of moon cake packaging. One of the traditional delicacies of mid-Autumn festival, mooncakes are round, flaky, sweet or savory pies, and actually very delicious in their original manifestation. The problem is you can't make that much money off of pie. So what happens? An entire industry goes up, making incredibly extravagant, expensive packaging in which to put increasingly tasteless, Hostess-like versions of the original cake, preserved well enough to last for a thousand Mid-Autumn Festivals, or at least until someone's adventurous enough to consume it out of its misery.
For the few weeks before the festival, Chinese are busy buying and re-gifting preservatives packaged with the requisite degree of extravagance that matches their wealth and the status, and the wealth and status of the intended recipient. These are then re-gifted with hot-potato-like gusto until the day of the festival, where everyone simultaneously loses the game, and is punished by having to eat whatever glittery nastiness is in their possession. At my girlfriend's house, I was the only person who finished his entire mooncake.

This is unfortunate, because Mid-Autumn Festival, at least metaphysically, could be even better than Thanksgiving. Unlike Thanksgiving, while it's of course a festival made to enjoy earth's bounty and family, it's also a festival specifically centered around longing. It's great to make it home, but it's almost more meaningful not to make it home. Why? Because of poems like this one by Li Bai, the most solemn hymn of Mid-Autumn Festival.

床前明月光，
疑是地上霜。
举头望明月，
低头思故乡。
It's quite difficult to translate Chinese poetry, so I'll just give a simple prose translation.
“I lay in bed and see the moonlight shining in front of my bed,
and wonder if there's frost on the ground.
I look up at the moon,
and then lower my head and think of home.”
Poems like this are the heart of the festival, and are a big reason why I love Chinese culture so much, once all the garish packaging is removed. We all get lonely, we all think of home, or what we wish home would have been like. People separated through all time have found comfort in the fact that they look up at the same sun, moon or stars as their loved ones. But who ever invented a holiday dedicated explicitly to that? Only the Chinese would do that.

I received a number of e-mails from Chinese friends of mine on Mid-Autumn Festival.  All of them happened to be overseas, and were certain to have stared at the sky and thought of home.  In some ways I envied them -- unadulterated homesickness is a more real expression of the holiday than what it was for me: moon cake packaging and Heineken.  Luckily, I was away from home, too, and could think of my family, even though they--foreigners as they are--were unaware that I was formally missing them.  But that's Mid-Autumn Festival, a holiday that includes, even elevates, the melancholy, rather than a holiday that just makes half of us so. Unfortunately, even the melancholy has been drowned out of the festival, in the same way that most holidays kill what makes them meaningful.
Posted by Seth Gurgel at 11:51 AM